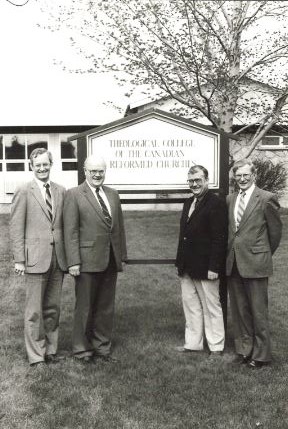 There are two leading principles that have guided CRTS throughout its history. The first is that training for the ministry should be provided by the churches.  The second is that future ministers of the Word should receive the best possible training.

Here are some significant moments in our history.